'Our Places' are courses which use The Common Room’s collection to explore the industrial heritage of the local area. Led by Dr Dorothy Hamilton, who runs local history courses for adults, each course culminates in creating a banner to showcase the group’s research.

Thanks to the National Lottery Heritage Fund, these courses are fully funded, meaning that we can provide them free of charge to participants.

A new virtual course is planned for Northumberland, giving people the chance to join a group and find out more about Northumberland’s fascinating coal mining history. Read on to learn more.

This course aimed to look into Darlington's history and to work out how and why it changed from a market town with a textile industry to become a centre of engineering. The group soon found how Darlington's development as an engineering town was intertwined with railway development, with the expansion of railway networks creating new opportunities.

Darlington's history took on a new direction in 1821, at a meeting between Edward Pease, George Stephenson and Nicholas Wood to discuss the possibility of using locomotives on the proposed Stockton and Darlington Railway. The Our Places group found that Nicholas Wood's presence at this meeting was crucial - by using the facts and figures about the efficiency of locomotive technology, he was able to convince Edward Pease to invest in locomotive power.

The course at Sacriston investigated Colonel William Cuthbert Blackett, manager of the Charlaw and Sacriston Collieries, and a past President of the North East Institute of Mining and Mechanical Engineers (NEIMME). The group started by looking at his obituary, printed in the Transactions of NEIMME, then followed up on the aspects of his life mentioned in the obituary.

They looked into his family background, education and his involvement in examining the causes of explosions in mines. They also found out about his bravery - he entered a flooded mine to save a trapped miner, risking his own life. He also made significant contribution to the creation of mines rescue teams.

What have you enjoyed most about the project?

Learning a new aspect of local history & as I'm new to the area, discovering just how important this town has been.

The book list (references), meeting of minds, the balanced approach of the lecturer in encouraging group members.

The enthusiasm of the project leader and members when reporting back their findings.... I have learnt a lot about how local history projects can work.

The encouragement/incentive to undertake research into Darlington's complex engineering history. The ability to meet as a group and exchange views/ideas/research information.

The discussions about coal dust and explosions in mines at the Institute of Mining Engineers.

I have enjoyed the whole course, but mostly our visit to Clayport Library looking through his personal diary, and then on to South Bailey, his retirement home.

Mining Disasters and the Science of Safety

Adults in Tyne & Wear are invited to join a free 9-session course at The Common Room to explore local mining disasters and the lessons we learned from them.

The course looks at the contributions made by the North of England Institute of Mining and Mechanical Engineers, and how its members helped to save lives in the mines.

This adult education group is planned for Thursday afternoons, between 2.00 pm and 4.30 pm, from 9th June until 4th August 2022. The group will be led by Dr Dorothy Hamilton, who teaches local history courses for adults. There is no course fee to pay.

Places are limited so please get in touch as soon as you can. If you are interested, please email Emily and Lucy or leave a voicemail on Dorothy's phone. 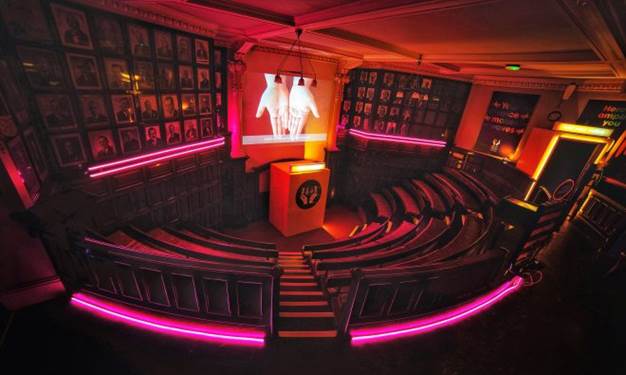 Did you know you can hire our beautiful Grade II* building for your next event? Whether it’s live or streamed, head to Venue Hire to see how.