The North East’s rich engineering heritage has helped to inspire young apprentices who are studying for careers in the engineering industry.

In partnership with industry

The module has been created by the Common Room (which is leading the two-year regeneration of Neville Hall, formerly known as The Mining Institute), working in partnership with Nissan and Sunderland-based NAC Group, which provides training for the automotive industry.

“NA College recognised the significant impact that learning about our region’s industrial heritage can have on the apprentices of today and how valuable it is to give them the opportunity to access some of the wealth of information, drawings and records which we hold in our archive. Seeing how the apprentices have really gained a sense of pride in entering into an industry with such a rich history has been fantastic.”

Apprentices bring the past to life

As part of the module, the apprentices studied technical drawings from the Common Room archives, dating from the early 20th century. They used CAD software to replicate the plans and build scale models of the winding gears and pit heads, similar to those which can be seen today at St Hilda’s. 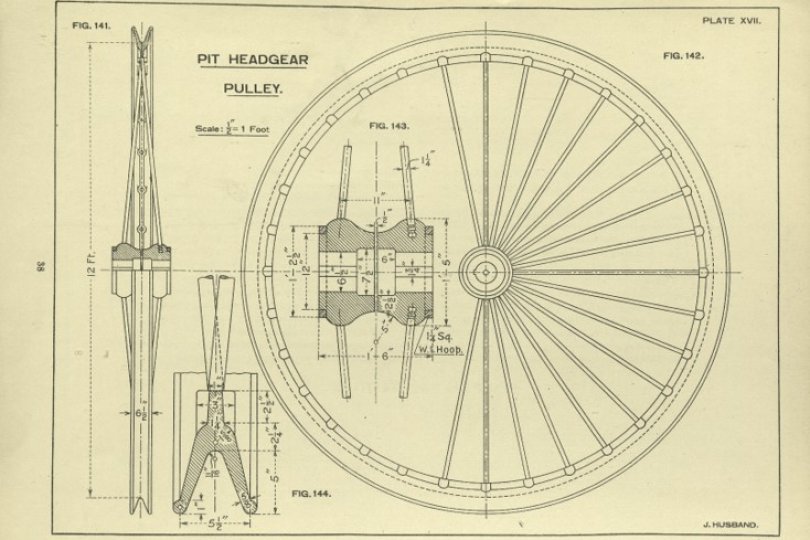 The group also visited St Hilda’s Pit Head in South Shields, where they were given a heritage tour by ex-miner Jimmy Cummings, a volunteer at the site who worked in both the Westoe Colliery, South Shields and Ellington Colliery, Northumberland.

“Skills shortages are at a critical point for the region’s engineering sector. Working with The Common Room to delve deep into our industrial heritage through this bespoke engineering Heritage Enrichment module, we can instil pride in our young engineering apprentices and broaden their awareness of why the North East was and continues to be a centre of excellence in engineering.”

The Common Room is responsible for the ongoing refurbishment of Newcastle’s Neville Hall, formerly known as The Mining Institute, which holds the largest publicly accessible collection of mining information in the world.

Since Neville Hall closed to the public in November 2018, the collections of The Mining Institute have been moved into secure storage, and work has begun on restoring the building’s features, and preparations are underway for improving access to the venue.

The building will reopen as The Common Room in late 2020 and it will act as a hub for innovation and engineering in Newcastle city centre, complete with a café-bar and spaces available for corporate hire and weddings.

In November 2016, the National Lottery Heritage Fund awarded £600,000 to The North of England Institute of Mining and Mechanical Engineers to undertake an extensive development phase. In July 2018, The Common Room of the Great North was awarded £4.1m by the National Lottery Heritage Fund to revitalise the Grade II listed Mining Institute, transforming it into The Common Room.

The Common Room is now seeking to raise £1m in match funding to support the capital project and is inviting businesses and individuals to get in touch to discuss exclusive partnership and giving opportunities.